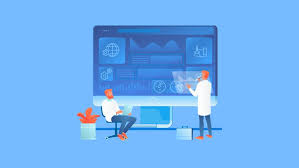 What is software testing?

Software testing is the process of verifying the quality and accuracy of software. It is a critical step in the software development process, as it helps to ensure that the software meets the expectations of users. There are a variety of different types of software testing, each with its own specific objectives and techniques.

Some of the most common types of software testing include unit testing, system testing, user testing, and integration testing. Each type has its own set of benefits and drawbacks, and it is important to choose the type of testing that best suits your needs.

Overall, software testing is an essential part of any software development process. It can help to identify and fix any problems before they become major issues, and it can save you a lot of time and money down the road.

1. Test design is the process of creating a plan for how the tests will be executed, and it includes deciding on the objectives of the tests, designing the test scenarios, and determining which tools will be used to execute the tests.

2. Test execution refers to actually running the tests and verifying that the objectives of the test have been met. This can involve using different types of tools (e.g., manual or automated) to run the tests as well as analyzing results to determine whether any defects were found.

3. Test reporting is the process of documentating the results of test execution and providing information about how well the tests were executed and whether any defects were found. This documentation can include reports written in a variety of different formats (e.g., text, graphical, or structured) as well as automated analysis tools that can help identify specific areas of concern.

Learn the easiest way to test any website within minutes!

What is Acceptance testing?

What is Integration testing?

What is unit testing?

Unit testing is a software testing method in which the unit of code being tested is isolated from other parts of the code, and is executed as a single unit. This allows for the execution of tests on a piece of code that is separate from the rest of the application, making it easier to verify that the code under test behaves as expected.

Unit testing can be used to verify the correctness of individual lines of code, as well as entire modules or applications. It can also be used to detect and prevent bugs before they are even reported.

Unit testing is a valuable tool for developers because it helps them to avoid writing faulty code, and it can also help them to find and fix bugs early on in the development process.

What is Functional testing?

Functional testing is a type of testing that is designed to check the functionality of a system or software. It can be used during the development and QA stages of a product to ensure that it works as intended.

During functional testing, developers or testers will use a variety of methods to test the functionality of a system. These tests may include using the system to perform common tasks or scenarios, simulating user interactions, and performing tests in different environments.

What is Performance Testing?

Performance testing is a process of measuring the performance of a system or application in order to identify and fix any issues. It can be used to ensure that a system is meeting the requirements that have been set, or to identify potential problems before they cause significant issues.

There are a number of different ways that performance testing can be done, and it can be split into three main categories: manual, automated, and hybrid.

Overall, performance testing is an important tool that can help to ensure the reliability and responsiveness of a system or application. By identifying any problems early on, you can fix them before they cause any serious issues.

What is Regression Testing?

Regression Testing is a software testing method that is used to identify and correct errors in your software. It helps to ensure that your software functions as expected and does not produce unexpected results.

Regression Testing can be done manually or through the use of automated tools. The most popular automated regression testing tools are Selenium and WebDriver.

Regression Testing is a crucial part of any software development process, and it should be done on a regular basis to identify and fix errors before they cause problems with your software.

What is Usability Testing?

Usability Testing is a process used to assess the usability of a website, product, or application. It is often used by website designers, product managers, and developers to ensure that the final product is easy to use and meets the needs of users.

User testing can be conducted in person or over the phone. It can also be done using computer-based simulation software. The goal of user testing is to provide feedback on how well a product or website meets the needs of its target audience. This feedback can be used to make changes to the product or website before it is released to the public.

Usability testing can be a useful tool for website designers, product managers, and developers. It can help them to ensure that their products are easy to use and meet the needs of users. User testing can help to identify problems with products before they are released to the public.

What is Black-box testing?

Black-box testing is a testing methodology that allows you to test the functionality of an application or system without having access to the source code or any other information about the system. This is an incredibly valuable tool for developers, as it allows them to test the system without interfering with its normal operation.

Black-box testing is used for a variety of reasons, including detecting defects in software before it's released to the public, conducting performance evaluations, and verifying the security of applications. The benefits of using black-box testing are numerous, and it's a methodology that should be used more often in order to ensure that applications are reliable and secure.

What is White-box testing?

White-box testing is a type of software testing that takes a different approach than traditional black-box testing. In white-box testing, the tester does not have access to the source code or the internal workings of the software under test. This type of testing is used to evaluate the functionality of a system without having to worry about any potential defects in the code or design.

White-box testing is often used in the early stages of software development when it is more important to focus on verifying that the system works as expected, rather than trying to identify and fix defects. By conducting white-box tests early on in the development process, you can save significant time and resources later on when it becomes more difficult to find and fix defects.

Overall, white-box testing is a valuable tool that can help you identify and fix problems early in the development process. It's a good idea to use it whenever possible to minimize potential damage and ensure that your systems are functioning as expected.

What is Exploratory testing?

An exploratory testing is a type of testing that helps you to find and fix defects before you release your software to the public. It helps you to understand the behavior of your software under different conditions, so that you can fix any issues before they cause any major problems.

Finally, exploratory testing is a valuable tool for stress-testing your software. By running tests on different scenarios and conditions, you can ensure that your software is able to handle unusual situations without crashing or causing other problems.

What is Stress Testing?

Stress testing is a practice used in software development to test the ability of a system to withstand a load or stress (such as sudden changes in traffic volume or user activity) that is beyond what is normally expected. Stress testing can be used to evaluate the robustness of an application, system, or network.

What is Smoke Testing?

Smoke testing is a process used by software testers to determine the feasibility of a system or application before it is deployed to a live environment. It is also referred to as white-box testing, blue-box testing, or smoke and mirrors testing. Smoke testing typically involves using dummy data or test scripts to test the system's functionalities under various conditions and to identify any potential issues.

What is Security Testing?

Security testing is the process of verifying the security of a computer system, application, or network. Security testing should be performed on a regular basis to ensure that the system remains secure and protected from attack.

Security testing should be carried out by someone who has expertise in these areas, as well as in computer systems and security concepts. A security tester should have a good understanding of computer networks, user accounts, passwords, and software vulnerabilities.

What is Sanity Testing?

There are many different types of sanity tests that can be used to achieve this objective, including manual and automated tests. Manual tests involve an individual performing the tests manually, while automated tests are carried out by a computer program.

The main benefit of using sanity testing is that it can help to prevent defects from becoming public knowledge and causing damage to the system or network. It can also help to find and fix issues before they cause any significant problems.

What is Non Functional Testing?

Nonfunctional testing is a process that is used to identify and prevent defects in software before it's released to the public. It is typically conducted during the software development life cycle, starting with requirements gathering and continuing through design, implementation, and testing.

What is Load Testing?

There are a few different types of load testing that you can do to help you achieve this goal. The most common type is known as web performance testing, which uses simulated user traffic to evaluate how your website performs under different conditions. By identifying and fixing any problems early, you can ensure that your website is ready for the real world - and customers!

In addition to web performance testing, you can also load test using Express.js or Node.js. Both of these tools allow you to run tests quickly and easily on a local machine. This allows you to quickly identify issues without having to deploy your website to a live environment.

Finally, you can also load test using Loadimpact or WebPageTest. Both of these tools offer more in-depth analysis and are capable of simulating heavier loads than Express.js or Node.js. However, they are both considerably more expensive than either web performance testing or local load testing.

So, in short - Load Testing is a process that helps you identify and fix problems with your website's load time. It can be done using a variety of tools, and is an important part of ensuring that your website is ready for the real world - and customers!

In this article, we have looked at the basics of the types of testing that you can do to improve the performance of your website. Experiment each type and setup a workflow that works best for your team.