How to prioritize bugs? Classification and prioritization of bugs explained 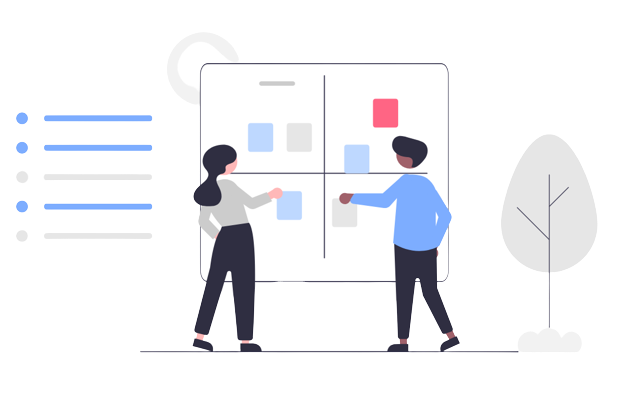 Bug prioritization can be a daunting task - after all, there are always more bugs to fix than time and resources available. However, with a bit of organization and a focus on the most important bugs, bug prioritization can be made much easier. In this article, we will discuss how to prioritize bugs and help you prioritize the tasks that need to be completed in order to keep your software running smoothly.

There are a few key steps that need to be followed when it comes to defect management, and they are as follows:

1. Identify the root cause - This is the first step in any successful defect management process. Once you know the reason for the defect, you can start resolving it.

2. Track defects - This is the second step and it is essential in order to determine how much work needs to be done in order to resolve a particular defect. Tracking also helps you to identify any trends and repeat occurrences.

3. Resolve defects as quickly as possible - The quicker you can resolve a defect, the less work your team has to do and the more time they have to focus on new projects.

Why Do You Need to Classify and Prioritize Bugs?

There are a few reasons why you may need to classify and prioritize bugs. The first reason is that it can help you to better understand the bug and how it affects your product. By understanding the bug in this way, you can improve the design of your product or fix the bug before it becomes a bigger problem.

These are just some of the reasons why it is important to classify and prioritize bugs - there are many more!

How to Classify and Prioritize Bugs?

Bug classification and prioritization is an important part of software development. It helps to identify and fix the most important bugs quickly. There are several different ways to classify bugs, but the most common classification schemes are:

1. Critical - Critical bugs are those that can cause serious problems if not fixed. They should be fixed as soon as possible.

2. High - High-priority bugs are those that may cause some inconvenience, but don't necessarily pose a threat to the system or users. They should be fixed as soon as possible, but may not take priority over critical bugs.

3. Normal - Normal-priority bugs are those that don't necessarily affect the system or users, but could still be fixed if necessary. They should not be ignored, but may not take priority over other bug fixes.

4. Low - Low-priority bugs are those that do not pose a threat to the system or users, but could still be troublesome if not fixed. They should only be addressed if there is no other option and they don't conflict with other projects.

So, how exactly do we classify them into these categories?

Focus on what’s best for the whole project

When classifying bugs, it's important to focus on the whole project. Bugs in one area of the software may not have any impact on another area, so it's important not to get bogged down in petty details. For example, a bug that causes an error message to display repeatedly might be classified as a high-priority bug if it affects critical functionality, but would be considered normal priority if it only caused intermittent errors.

Security bugs should always be addressed first. These are the bugs that could result in someone being able to access or steal data, gain unauthorized access to systems, or exploit a vulnerability in the software.

Severity- Severity is a measure of how serious the bug is. It doesn't necessarily have anything to do with priority, though severity often affects priority. For example, a bug that causes data to be lost might be considered more severe than one that simply displays an error message.

Priority-  Priority refers to the order in which bugs should be fixed. Bugs with higher priority may take precedence over those with lower priority when resources are available.

The following are general guidelines for prioritizing bugs:

1. Bugs that affect core functionality or negatively affect users should be given the highest priority.

2. Bugs that are affecting a small number of users but are causing significant problems should also be given high priority.

3. Bugs that are not causing any harm but are still affecting the system or users should be given a lower priority.

The fewer bug tickets you have open at any given time, the less time you'll spend on each one. This will help to keep your system running smoothly and prevent potential bottlenecks from developing.

It's important to prioritize bug fixes in a way that doesn't compromise the schedule for upcoming releases. For example, fixing a high-priority bug before an upcoming beta release would be better than delaying the beta release until after the bug has been fixed. Be honest with your users

When prioritizing bugs, it's important to be as upfront and honest as possible with your users. Let them know what the priority of the bug is, and why it was given that priority. This will help to ensure that they understand how their feedback is being used in decision-making about software updates.

Bugs are an inevitable part of software development, but they don't have to be a nuisance. In this blog, we'll teach you how to prioritize bugs and make sure they don't slow down your development process. By following our tips, you'll be able to keep your software up to date and bug-free, making the whole process smoother and more efficient. Stay tuned for more updates!