What is a bug report? The ins and outs of bug reports. 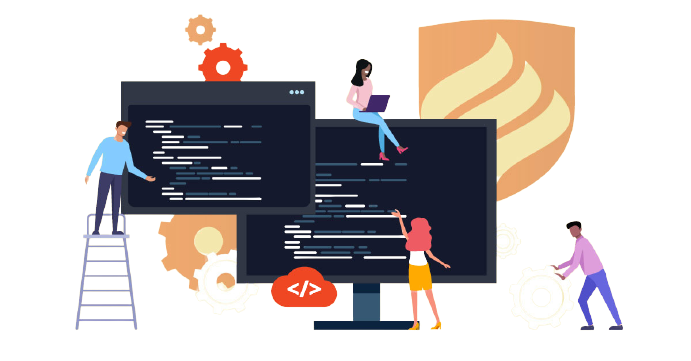 If you have landed on this blog, you surely are new to web development, issue management, or bug tracking. You may also be looking for insights on how to write the perfect bug report. After all, if you don't resolve the bugs and glitches quickly, users will not hesitate to uninstall your app.

In this blog, we will cover the basics of writing detailed software bug reports. But before we dive deeper into bug reports, let’s discuss what a bug is.

What is a bug?

Let me get one thing cleared first. When we say bugs, we are not referring to insects. The bugs we want to discuss are of the digital kind, the software bugs. So, what is a software bug?

A software bug is an error, flaw, or defect in a computer program or system that produces an unexpected or incorrect result or causes the software to behave erratically.

The term ‘bug’ goes back as far as the 1870s and was part of the engineering lexis. People often used it to show faults and issues in machines. But the use of this term in computing began in 1946.

Amid the Harvard Mark II development, an actual moth got trapped in the relay, causing errors. Developers and testers have commonly used the term ‘bug’ since this incident.

What is a software bug report?

A software bug report contains specific information about what is wrong and what needs to be fixed in software or on a website. These comprehensive reports include requests or specifics for each software issue. It lets the developers understand what is wrong and how to fix it.

Now that we have established that bugs aren’t good, and what bug reports are, let us discuss why we need them.

A clear and concise software bug report can help developers quickly understand what problems a web application or software is experiencing. The clear communication of issues with these reports will lead to fixing the bugs as soon as possible to provide users with a seamless experience.

Bug Reports: Why are they important?

How would you feel if you had to work with software that has many bugs and does that fulfill its intended purpose? Would you use such software or application? Surely, you wouldn’t want to do anything with it.

Even if you are using such a tool, you wouldn’t eventually give up and shift to a better software solution that offers a better experience. The same goes for end-users. If the software doesn’t live up to their expectations, they will move to another platform.

Important information that every software bug report must have?

A good software bug report is all about how precise you are with the information.

Here are a few pointers to consider while writing a software bug report for developers:

Reporting multiple bugs in a single software bug report can lead to misunderstanding and confusion. If you have several issues to report, prepare individual bug reports with detailed information about each one.

It makes resolving bugs a breeze. The programmers quickly find and understand the problem. The more they know about the problem, the sooner they can start working on a solution.

Where is the bug?

Providing the location of the bug is important. It can guide the programmers in locating the bug and spare them from the hassle of hunting it down by themselves. For example: If the web application you are testing has a bug, include the URL of the page with the bug.

What were you doing when the bug appeared?

Providing details of the things that led to the bug can help developers recreate it. So, add information about what you were doing, which feature of the process you used, and the steps you took.

What did you expect to occur?

Adding details about the task you were trying to fulfill and the output you expected can further help programmers investigate the bug and locate the source of the issue.

While written details do help, adding visual information in the software bug reports can add more to it. If possible, try to record the bug with a screen recording tool. Also, take some screenshots of the same to give more details about the bug.

When describing your experience with the bug, include information such as your internet browser and operating system. Also, provide information about the desktop or mobile device on which you encountered the bug.

· Operating System of the device

Console logs can help software developers identify and analyze all the errors that occur on any webpage. They can also check the user’s actions that led to the bug. Using the logs, they can identify the root cause of the problem and speed up fixing the bug.

Furthermore, replicating a reported bug can be a difficult task, even after numerous attempts. The console logs can provide the added information to recreate the bug. Some tools like Disbug automatically captures all the technical logs.

With this information, developers will know what steps to take to resolve the issue in no time. However, keep in mind that error messages and codes on their own can be minor issues.

Does the bug occur every time? Perform the same task you were doing multiple times and check if the bug occurs every time. Include your findings in the software bug report as it will help developers identify the source of the bug.

Did you try to fix it?

With a website’s functionality, there are a lot of variables that can affect its performance. Even the web browser you use can lead to errors. The point being, there are too many things to consider. But you can eliminate some of those by doing a few simple tests.

· Refresh the web page and try executing the task again

· Restart your system and try again

Also, don’t forget to mention these tests in your bug reports.

How does it hinder your tasks?

The developers determine the order of fixing bugs by analyzing how much they obstruct the completion of a task. Developers prioritize fixing bugs by deciding how important they are. They evaluate the urgency and severity of the bugs and decide the order in which they will fix them.

The severity of the condition can range from severe (preventing you from working at all) to minor (which allows you to function normally). This data assists software engineers in determining the most efficient path to bug resolution.

These are some of the bug reporting best practices that can help you clearly communicate the issues. Follow them and you will have the perfect bug report that your developers will appreciate.

The Bug Life Cycle in software testing refers to the exact sequence of states that a bug has gone through since it was discovered. It aims to improve communication and coordination.

Fixing bugs involves many assignees. A lack of related information can lead to misunderstandings and delays in fixing the bug. The bug life cycle seeks to improve transparency and efficiency.

New: When a bug is first identified and reported, the status assigned to is new. It is the first stage in the bug life cycle. Validating the big and fixing it comes in the later stages.

Open: In this stage, the developer validates the bug and starts fixing it. Although, if the developer deems the reported bug invalid, he/she transfers it to any of the following stages.

Fixed: As the name suggests, the stage of the bug life cycle shows that the assigned developer has finished fixing the bug.

Pending retest: When the assigned developer finishes fixing the bug, he/she marks it as fixed and assigns it to a tester to validate the fix. This stage of the bug cycle is called pending retest.

Retest: In this stage, the tester starts verifying the fix. If the bug is fixed and the software works as intended. Although, if it doesn’t, the tester then changes the status to ‘Reopened’.

Verified: This stage of the bug cycle clarifies that the tester has found no issues. The bug is they moved from retest to verified.

Reopened: If the tester finds any issues after the bug fix, he/she will change the status to reopened. The bug will be assigned to a developer again for a fix.

Closed: After the tester verifies the bug fix, he/she will mark it as closed.

Duplicate: A bug becomes a duplicate if it occurs twice or if it is identical to a previously reported bug concept.

Rejected: If the developer has doubts about the validity of the bug, he/she will mark it as rejected.

Deferred: The status “Deferred” is assigned to bugs that are not top priorities and are likely to be resolved in the upcoming release.

Not a bug: If a bug does not affect the software’s functionality, it is classified as “Not a bug.”

What are bug reporting tools and tracking systems?

A bug reporting tool, also known as a defect or bug tracking tool, is a software solution that records, reports, and manages the data on bugs that happen in any software service. Bug reporting and tracking is an essential part of software development. It helps development teams in preparing precise software bug reports and track the bug fix process.

Using bug reporting tools, developers can automate monitoring and tracking bugs. This helps them ensure the efficient functioning of any software, website, or service.

The five important functions of bug reporting in software testing:

Disbug is a web-based bug reporting tool and project management platform. We specifically designed it for developers and project managers. Disbug can help you create comprehensive software bug reports with ease. You can also monitor the bug fix status and bring transparency to the process.

·      Get technical logs straight to your preferred tools with a link

·      Integrations for Jira, GitLab, Trello, Slack, and more to streamline the process.

Still hesitant about the functioning of the tool? Disbug offers a free plan that you can use to test all the features of the tool.

If you stuck through the entire blog, you surely understand the importance of a good bug report. A comprehensive but easy to interpret software bug report can save you a lot of time and effort. It is also something that your development team will appreciate. Most importantly, it will help you deliver an outstanding product and user experience to your clients.

Now that you have all the insights for creating a good bug report, it’s time to elevate your bug reporting in software testing.

If you want to avoid the hassle of manually creating a bug report, get started with Disbug and create quality reports with just a few clicks.

Shivam Singh is a professional content writer who enjoys writing content about social media, marketing, and tech in general.