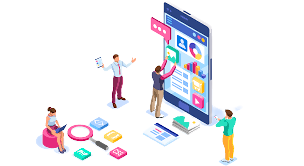 What are visual feedback tools?

Visual feedback tools are used to provide feedback to developers on the design of a user interface or application. They can be used in various software development stages, such as wireframing, prototyping, and testing. This can be done in a variety of ways, including live coding, interactive development environments, and continuous integration/continuous deployment systems.

How to improve bug tracking with visual feedback tools?

Developers hate bugs. They might be part and parcel of any software project, but the best thing that a project manager can do to make their life easier while they're coding and testing is to report bugs more quickly - but not just any bug reports. These have to be concise and clear as possible so that anyone can understand them intuitively. For this reason, visual feedback tools are an awesome way to impart upon developers what exactly needs fixing in each area of a web app or website.

Bug tracking is an important part of software development, and it's essential to have a system in place that allows you to easily see where your bugs are and what needs to be done to fix them.

There are many different bug tracking tools available on the market, but the best ones typically offer visual feedback that makes it easy to see where your bugs are located and how they need to be fixed.

It’s a fact of life, bugs just happen. What are you going to do? They're unavoidable, but that's no reason to freak out, right? It's an inevitable part of the software development process. If you can report them faster and then fix them quickly, you'll save time and money whilst improving the overall experience for your users. So how exactly do write bug reports faster yet still provide everything developers need to fix bugs efficiently? A visual feedback tool is the best option.

Visual feedback tools make bug reporting much easier for developers. By providing a visual representation of where the bug is located on the page, it becomes much more clear what needs to be fixed. Developers no longer have to guess or try and understand vague reports - they can see right away what needs to be done to fix the issue.

to figure out what the bug is.

Visual website feedback is a great way to provide developers with visual representations of where the bug is on the page. This type of tool can help developers quickly identify issues and fix them as soon as possible.

If you're looking for a bug tracking system that will make your life easier, then look no further than web development visual feedback tools. They're essential for keeping your software up to date and providing developers with all the information they need in order

to fix bugs quickly and efficiently.

In addition to providing visual feedback, some bug tracking systems also include in-browser annotated screenshots and screen recordings with metadata. This information can help developers understand the context of the bug and how it affects users.

By including this kind of data within reports, you're making it easy for developers to quickly diagnose issues and fix them accordingly. Not only that, but you're also ensuring that your users have a smooth experience when using your software.

Quickly communicate with users and the team

Bug tracking systems make it easy for developers to communicate with users and the team. This type of tool can help you keep track of issues and resolve them as quickly as possible. In addition, bug tracking systems often provide email notifications when new issues are detected or when a bug has been fixed. This way, you can keep everyone in the loop and minimize confusion around your software.

Bug tracking tools like Disbug make it easy to create and manage bugs, as well as track progress on fixing them. This makes it much easier for developers to keep track of their work and ensure that they are making steady progress towards resolving all of the issues that have been reported.

Visual feedback tools can be a huge time saver for developers, so if you're looking to improve your workflow!

Add Disbug to your existing workflow

If you're not using a bug tracking system already, we recommend checking out Disbug. It's an easy-to-use platform that makes it easy to create and manage bugs as well as track progress on fixing them. Plus, its visual feedback system make it easier for developers to understand the status of their work and stay on top of their tasks.