What is CI/CD- Continuous integration and continuous delivery 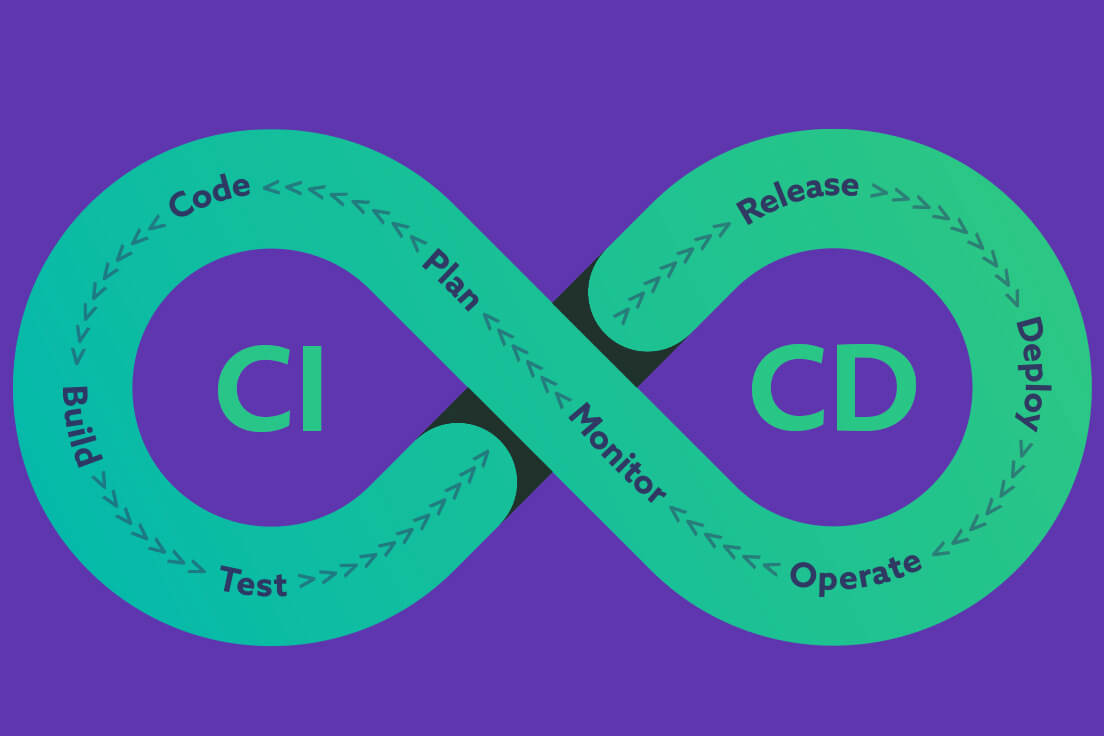 Continuous delivery (CD) involves having the ability to deploy an application at any time, without manual intervention. These terms refer to specific development practices that promote faster software releases, better quality, and increased productivity.

In this article, we will discuss what these practices are and how they can benefit your business.

What is Continuous Integration?

Continuous Integration (CI) is a software development process that helps developers to keep track of changes made to their code and automatically merge those changes into the master branch of the project repository, usually every time a change is made.

This process helps to avoid the dreaded "merge hell" scenario, in which multiple developers try to merge their changes at once and end up with errors and conflicts. It also allows teams to respond more quickly to changes by incorporating new features or bug fixes into the live system without having to wait for all the other developers to finish working on their parts of the project.

CI also allows developers to create automated tests for their code, which ensures that any changes made to the code will not break any existing functionality.

Finally, CI helps developers to track the progress of their project and to provide feedback to other team members about how their changes are affecting the overall project status.

• It reduces the amount of time needed to fix errors.

• It speeds up the development process.

• Increased reliability of the product.

What is Continuous Delivery?

The goal of Continuous Delivery is to enable the quick and reliable delivery of new features, updates, and fixes to your users. This can be done by automating the entire software development process from start to finish.

The process involves automating the entire software delivery pipeline so that changes are made to the codebase in a controlled and repeatable way. This allows for faster and more reliable releases, which in turn leads to improved customer satisfaction and increased revenue.

• It reduces the risk of releasing buggy software.

• It ensures that changes are made in a controlled environment, which leads to fewer errors and improved quality.

• It makes it easier to track progress and manage expectations with your users.

• It reduces the time it takes to release new features or updates.

• It reduces the number of defects that are released into production.

• It increases customer satisfaction because updates are delivered quickly and without any disruptions.

What is Continuous Deployment?

Continuous Deployment (CD) is a software development process that allows for the automatic deployment of new code versions to a software system, typically as part of an automated build and release process.

CD is important because it allows developers to quickly respond to changes in the codebase by automatically deploying the latest version without having to wait for a manual approval process or waiting for someone else to deploy the code.

This helps to improve quality control and keeps your software system up-to-date with the latest changes in the codebase.

• It reduces the time it takes to release new code.

• It reduces the amount of work that needs to be done after a code release has been made.

• It improves communication between developers and QA personnel.

• It makes it easier to track changes and rollbacks.

What are the differences between CI, CD and CD?

Continuous Integration (CI) is a software development process that helps developers integrate changes to their code into the main branch of the project as frequently as possible. This helps to avoid potential integration problems and makes it easier to track changes.

Continuous Delivery (CD) is a software delivery process that ensures that all new features, fixes, and updates are released in a quality-controlled manner. This helps to minimize the risk of introducing defects into the live system.

Continuous Deployment (CD) is a software deployment process that automates the deployment of new versions of applications to designated servers. This helps to ensure that applications are always available and meet customer expectations.

Benefits of the CI/CD pipeline

The benefits of using a CI/CD pipeline include:

Improved Quality Control : CD helps to ensure that all changes are released in a controlled manner, leading to improved quality. This can help to avoid the introduction of defects into live systems.

Reduced Risk : Automated deployment ensures that applications are always available and meet customer expectations. This helps to reduce the risk of introducing defects into live systems.

Speed to market : Using a CI/CD pipeline can help you improve your speed to market by releasing new versions of your software more often.

Challenges of the CI/CD pipeline

The challenges of using a CI/CD pipeline include:

Lack of control : Some changes may not be accepted by the development team, leading to integration issues.

Performance issues : CD can cause performance problems due to the increased load on the development and testing systems.

Why do we need CI/CD?

In DevOps, getting started with a CI/CD pipeline necessitates collaboration between development, IT, and operations teams on CI/CD technologies, best practises, and priorities. Once these groups are aligned, they may begin to reap the full benefits of CI/CD by implementing an automated software release pipeline that assures quality, security, and stability, among other things.

DevOps is all about speeding up the release rate of new software versions. A well-functioning CI/CD pipeline can help to achieve this by automating the deployment process and reducing the amount of manual work that's required. This expedites feedback loops, allows for better testing and validation, and ultimately results in a more stable product.

One of the key benefits of using a CI/CD pipeline is that it helps to reduce quality defects. Automated deployments and rigorous testing minimizes the chances for human error, meaning that new versions are released with fewer errors. This leads to higher customer satisfaction and increased ROI for your software development team.

A CI/CD pipeline can also save your team money by reducing the amount of time that's required to deploy new versions of software. By automating the process, you can reduce or eliminate the need for human involvement in the deployment process and cut down on operational overhead costs.

To successfully deploy software using a CI/CD pipeline, teams must be able to integrate and collaborate with their development and IT counterparts. Additionally, they need to have an understanding of the different technologies involved in a CI/CD pipeline as well as best practises for automating the process.

There are a variety of CI/CD tools and platforms available, each with its own set of benefits and drawbacks. Some popular options include:

Jenkins is one of the most commonly used CI/CD tools out there, as it's easy to use and has a wide range of integrations. However, it can be difficult to configure correctly, making it unsuitable for some projects. Additionally, Jenkins also doesn't have the capacity to handle complex deployments very well.

Bamboo is a popular CI/CD tool that's widely used in the enterprise world. It has a lot of features, but can be difficult to learn and use. Additionally, it doesn't have as many integrations as Jenkins does.

Travis CI is a popular open-source CI/CD tool that's used by a variety of organizations, including Microsoft and Netflix. It has easy to use build automation features and supports a wide range of languages and platforms. However, it can be more expensive than some other options and its scalability isn't as great as some others.

Git is the most popular version control system (VCS) and is widely used in the development world. It's perfect for use in a CI/CD pipeline, as it has built-in functionality for automating deployments. Additionally, Git can be used to track changes made to software code and track revertions.

Which is better: manual or automated testing, when it comes to CI/CD?

• Increased confidence in the quality of your software.

Is there a difference between the use of CI and CD in software development projects?

There is no clear cut answer to this question as it depends on the specific project. However, in general, CI (Continuous Integration) and CD (Continuous Delivery) are two important practices that help ensure that software development projects are successful.

CI helps to automate the process of building and testing software by integrating changes made to code into the main project repository. This ensures that changes are tested before they are released to users, which minimizes the chances of defects being introduced into the system.

CD also helps to automate the process of releasing software updates to users. It involves automated deployment procedures that ensure that new versions of the software are released to users as soon as they are ready. This helps to reduce delays and errors associated with manual deployments.

CI/CD is a useful tool that can help to ensure the success of software development projects. It helps to automate the process of building and testing code, as well as releasing updates to users. However, it is important to note that CI/CD is not a one-size-fits-all solution, and the benefits of using it will vary depending on the project and company. Hope you found this article useful.

Was this article useful ?

Take a look at some of our other blogs